Five Great Reasons To Install A Steam Shower In Your Home 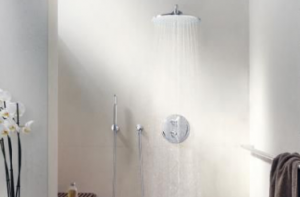 While it might seem like a steam shower is categorized in the “luxury” section, they serve a valuable purpose. In fact, you stand to receive many benefits when adding one to your bathroom. If you haven’t had the time to really think about this option, here are five great reasons to install a steam shower in your home.

Everyone wants beautiful and blemish-free skin. And the more natural the method of achieving this the better. Well, a steam shower doesn’t involve any dangerous chemicals or anything unnatural. Instead, it utilizes something as basic as steam.

A steam shower promotes perspiration, which is a very natural and effective way to rid the skin of bacteria and dead skin cells, leaving you with beautiful skin.

It’s very important for tissue and cells to get enough oxygen, but this isn’t going to happen with closed blood vessels. You want blood vessels to expand and help a strong circulation of oxygen, which brings down blood pressure.

A steam shower will do exactly that and more. Thanks to the moist heat, it can easily get the blood vessels to expand and do a much better job.

Some people have a natural problem with sinus congestion, and dealing with it can be more than a little frustrating. The good news is that a steam shower has the ability to unblock those irritations and bring some necessary relief.

There is a good reason why individuals who lift weights and build muscle love going into a steam shower. It is because it speeds up their recovery time.

Due to metabolic waste, which accumulates in the muscles as you exercise, it can be somewhat painful after an intense session. But when you step into a steam shower, it will help the body to get rid of the waste and put you back into action a lot quicker.

5. A Steam Shower Is Very Relaxing

The most obvious reason might be last on the list, but it doesn’t make it any less important. Another great reason to install a steam shower in your home is that it will relax you like few things in life can.

Keep in mind that stress is a silent killer you don’t want to mess with. Instead, prevent it from ruining your life with a good steam shower.