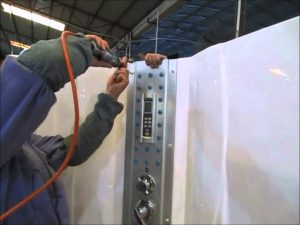 A steam shower is a luxury that many people consider installing in their new home.

However, before you commit to this, you need to know what the costs are.  This will help you determine if a steam shower is within your budget, as well as what type of steam shower you should get.

A basic steam shower is the most affordable option available, but will not be the best you can get.  The material costs for a basic steam shower will vary from $1,500 to $1,700 depending on the make and model.  However, it is not only the costs of the materials that you need to consider.

The cost of the installation will also need to be factored in.  A basic steam shower will generally carry an installation fee of between $700 and $850.  Of course, this price will vary depending on the contractor that you are using. Generally, it should not cost more than that.

If you want to get a high-end steam shower, but do not have the budget for it, there are some deals that you can consider.  Aggressive pricing discounts are often found during the fall and early winter because this is the low season for contractors.  These discounts usually apply only to the installation costs. However, if you are buying a steam shower through a contractor, you may also get a deal on the device.

Another way of saving money on your steam shower is to visit every supplier that sells it in your area.  You will generally be able to negotiate a better price if there are more than two sellers of the same product.